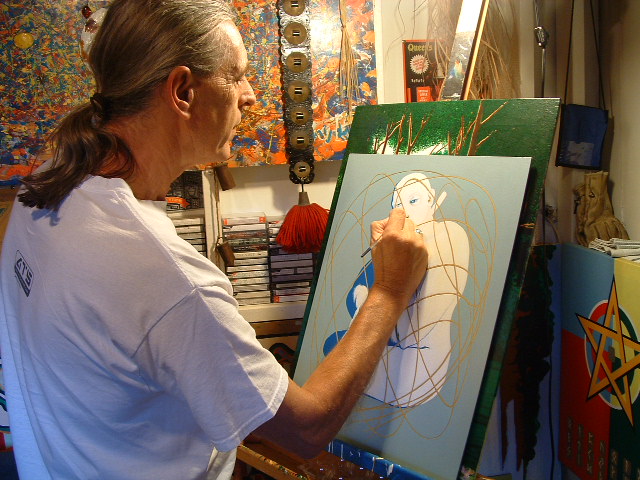 Tony Los, the artist behind this website (Masqua’s Art), passed away suddenly on March 28, 2017.

He was loving husband of Diane, proud father of Paul and Fraser (me), and recent grandfather of Fiona and Rosalie. Right up to his 71st year, as always, he was both tough as nails and soft as a teddy bear.

If this was small talk and you asked me what he did for a living before retiring, I’d say he worked at the nuclear power plant near Kincardine, Ontario, where I was born and raised. But that’s not really my Dad. He was an artist more than anything, and he poured his life into that until it ended far too soon.

He was born Antonie “Tony” Hendrikus Los in Holland—a nation still piecing itself together after the war. His mother, Anne, was Dutch, but his father was a Canadian soldier, there to liberate the ravaged country.

Although his mother and step-father, Sidney, moved the family to Listowel, Ontario, when Tony was only seven, those early years made a lasting impression—he always railed against the sins of war, and the politics of fear that led to it. He truly loved and respected Sid, but not knowing his real father would stay with him forever—it often made him feel like an outsider. His first solace from that was art, at least until he met Diane, his hometown sweetheart and true love for the rest his life.

When he painted, it was conceptual, often abstract, but always full of visceral emotion. He carried that on his sleeve, more so when he was full of youthful energy, but right until his last days. It was always there, in his gleaming blue eyes.

As he mellowed with age, Dad slowly transformed into the husband and father we all knew and cherished so much—an intensely loyal, thoughtful and caring man.

That heart he wore on his sleeve was open for all, and when my girlfriend (now wife), Laura, entered our home for the very first time, he read her a poem and played Pink Floyd’s Dark Side of the Moon full blast. It embarrassed me a little then, but not at all now.

That was just Dad. He was so full of contrasts—intellectual and sometimes heady, yet physically vibrant and active. He was weathered from a life of moving around and being outdoors: a ranger in his youth; a rodeo helper at the Calgary Stampede; an artist and music-lover in London, Ontario, of the trippy 1960s; and a hand at the airport in Yellowknife, where he had followed his mother with young family in tow.

I didn’t come on the scene until we settled in Kincardine, where Dad developed a serious passion for fishing. He’d be on the water at the crack of dawn, and spent all those afternoons making loads of delicious smoked salmon.

His spirit was dual to the core—on the one hand rational and ordered, on the other artistic and spiritual. He was always chasing life’s underlying meaning, and that’s what drove him. It was the foundation of his deep-seated beliefs, which he defended vehemently over marathon dinner conversations, and the basis for his art.

Through all that searching, he became a teacher and a role model—showing us how to move past rejection in life, past any setbacks or pain, to ultimately focus on what really matters: love and family.

Tony Los was an artist, yes, but his greatest claim to fame, he would have told you I’m sure, was his family. His love for Diane, and for his boys and granddaughters, was beyond words. And here I am trying to do the impossible.

Let’s just say he was my Dad—who taught me how to tie a fishing knot, to listen well and read between the lines, to be strong and open in life, and to follow my heart wherever it leads. I did, and I will always love him. 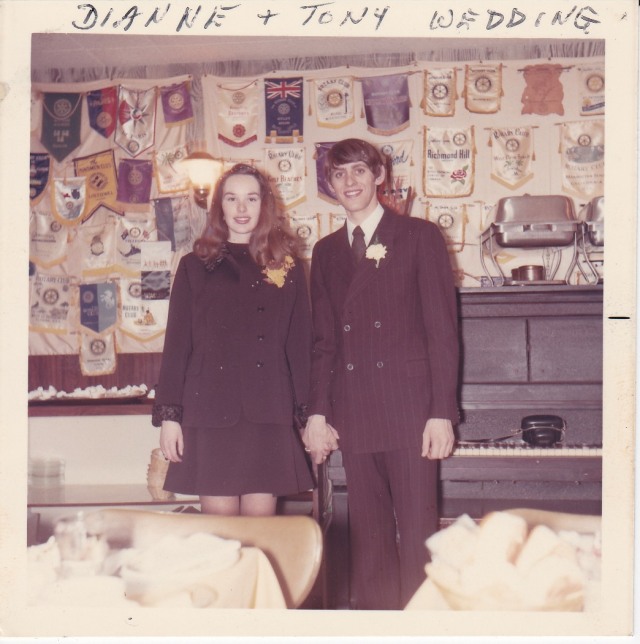 Posted in all | 13 Comments

The Bigly Haggis. If you have to ask what’s in it, let’s say they’re ‘Alternative Ingredients’. 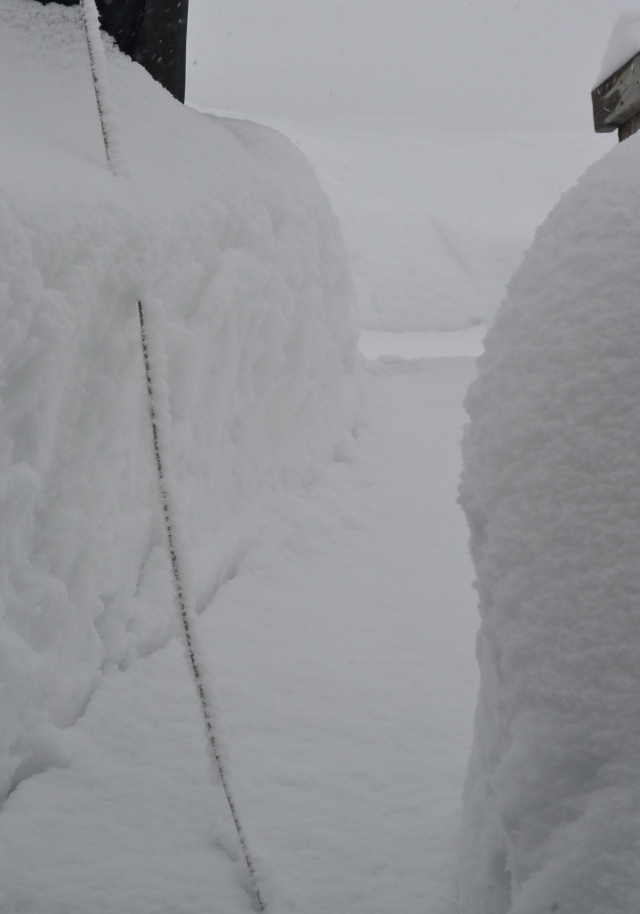 When the urge is upon her, she may pussy-foot down to where the grass used to be. These days, that’s not very often and prefers the litter box.

I have some really great neighbours… Clydesdales. 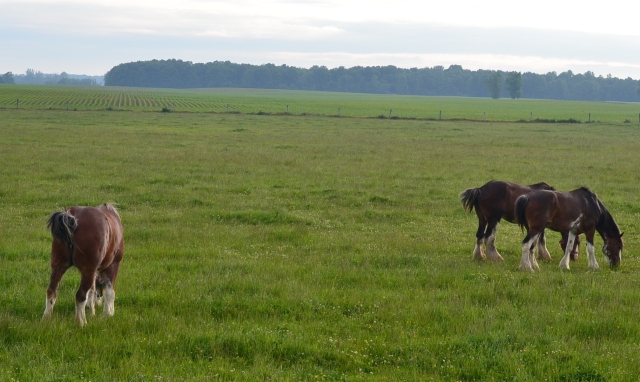 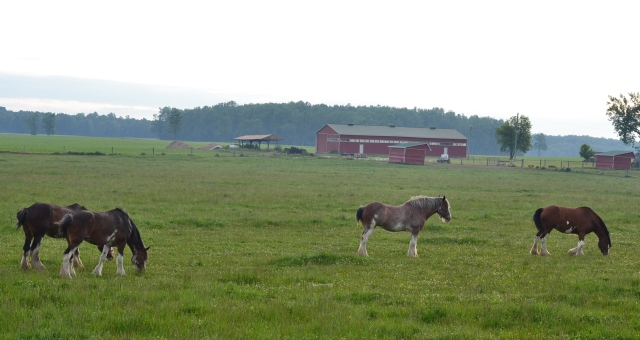 Dreaming of a White Christmas?

Come to SW Ontario and have that dream fully realized. 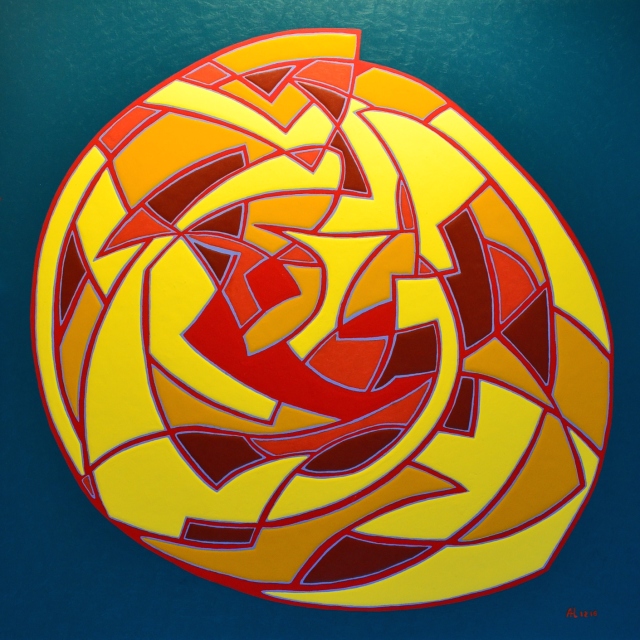 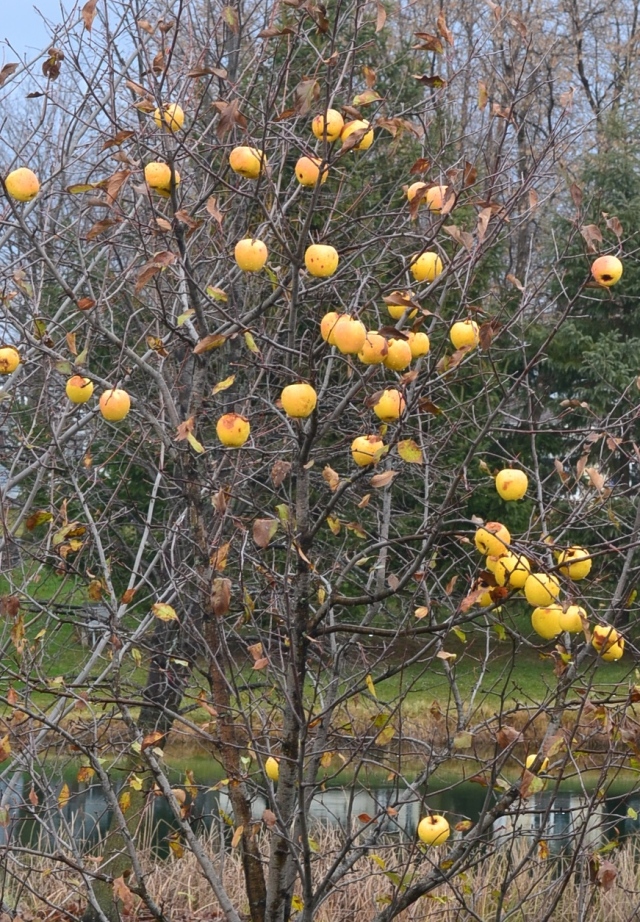 Posted in Photography | Tagged art, photo | Leave a comment
The Shift Has Hit The Fan

One person's perspective on the Earth's energetic shift

Global News
Cooking with a Wallflower
It is what it is

A collection of poems, spoken word & cooking from Gretl Feeson as well as being an online reblog magazine of sorts.

Putting My Feet in the Dirt

Thoughts and Perspectives From the Mind of a Common Girl

30 PLANET EARTH groups will be showcased in this blog

A Sassy Barrio Gringa Telling It Like It Is